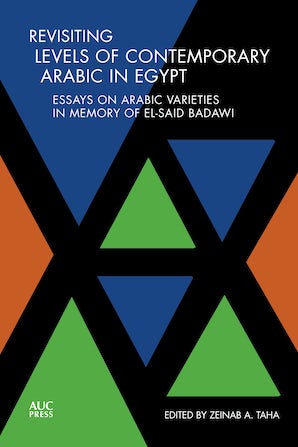 Essays on Arabic Varieties in Memory of El-Said Badawi

Edited by Zeinab A. Taha

A leading-edge study of Arabic varieties and how they are used, written by distinguished scholars in the field

El-Said Badawi’s seminal Mustawayat al-‘arabiya al-mu‘asira fi Misr (Levels of Contemporary Arabic in Egypt) was first published in Arabic in 1973. Its theory of interrelated language levels that are ever-changing along a sociolinguistic continuum inspired a generation of Arabists and Arabic-language educators to re-examine Arabic varieties from a wide range of perspectives, transforming the way scholars carried out research on language variation, lexicography, and teaching Arabic as a foreign language. Since that time, Arabic has witnessed major changes in the way its spoken and written forms are practiced, but informed, scholarly publications on the current reality of the linguistic landscape have been few and far between. This collective study, with contributions from renowned scholars of Arabic applied linguistics, draws on empirical data to bring together original new research on spoken and written language varieties in Egypt today.

Thematically, Revisiting Levels of Contemporary Arabic in Egypt explores three broad but interconnected areas: Arabic varieties in context, challenges to Badawi’s Levels model, and the pedagogical implications of varying levels in teaching Arabic as a foreign language. It not only discusses the current applicability of Badawi’s model to contexts such as contemporary Egyptian newspapers and Facebook, but looks at empirical data related to colloquial varieties in Egypt and elsewhere, the role of context in their current use, and the approaches to documenting and deriving colloquial lexicons. It also examines linguistic styles in different genres and contexts and for different audiences.