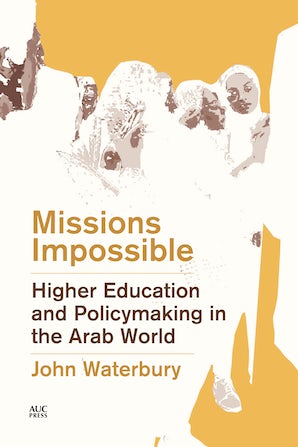 Higher Education and Policymaking in the Arab World

A rigorous examination of higher education policymaking in the Arab world

None of the momentous challenges Arab universities face is unique either in kind or degree. Other societies exhibit some of the same pathologies—insufficient resources, high drop-out rates, feeble contributions to research and development, inappropriate skill formation for existing job markets, weak research incentive structures, weak institutional autonomy, and co-optation into the political order. But, it may be that the concentration of these pathologies and their depth is what sets the Arab world apart.

Missions Impossible seeks to explain the process of policymaking in higher education in the Arab world, a process that is shaped by the region’s politics of autocratic rule. Higher education in the Arab world is directly linked to crises in economic growth, social inequality and, as a result, regime survival. If unsuccessful, higher education could be the catalyst to regime collapse. If successful, it could be the catalyst to sustained growth and innovation—but that, too, could unleash forces that the region’s autocrats are unable to control. Leaders are risk-averse and therefore implement policies that tame the universities politically but in the process sap their capabilities for innovation and knowledge creation. The result is sub-optimal and, argues John Waterbury in this thought-provoking study, unsustainable.

Skillfully integrating international debates on higher education with rich and empirically informed analysis of the governance and finance of higher education in the Arab world today, Missions Impossible explores and dissects the manifold dilemmas that lie at the heart of educational reform and examines possible paths forward.