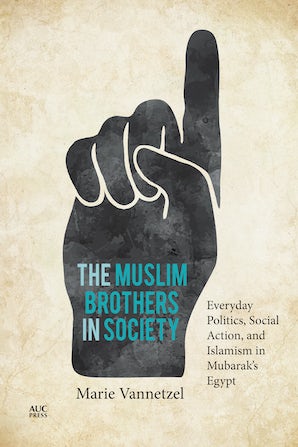 The Muslim Brothers in Society

A groundbreaking ethnography of the Egyptian Muslim Brotherhood

The Islamists’ political rise in Arab countries has often been explained by their capacity to provide social services, representing a challenge to the legitimacy of neoliberal states. Few studies, however, have addressed how this social action was provided, and how it engendered popular political support for Islamist organizations. Most of the time the links between social services and Islamist groups have been taken as given, rather than empirically examined, with studies of specific Islamist organizations tending to focus on their internal patterns of sectarian mobilization and the ideological indoctrination of committed members. Taking the case of the Egyptian Muslim Brotherhood (MB), this book offers a groundbreaking ethnography of Islamist everyday politics and social action in three districts of Greater Cairo.

Based on long-term fieldwork among grassroots networks and on interviews with MB deputies, members, and beneficiaries, it shows how the MB operated on a day-to-day basis in society, through social brokering, constituent relations, and popular outreach. How did ordinary MB members concretely relate to local populations in the neighborhoods where they lived? What kinds of social services did they deliver? How did they experience belonging to the Brotherhood and how this membership fit in with their other social identities? Finally, what political effects did their social action entail, both in terms of popular support and of contestation or cooperation with the state?

Nuanced, theoretically eclectic, and empirically rich, The Muslim Brothers in Society reveals the fragile balances on which the Muslim Brotherhood’s political and social action was based and shows how these balances were disrupted after the January 2011 uprising. It provides an alternative way of understanding their historical failure in 2013.