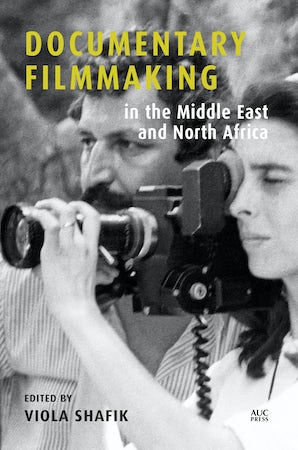 Documentary Filmmaking in the Middle East and North Africa

A comprehensive, in-depth study of Arab documentary filmmaking by leading experts in the field

While many of the Arab documentary films that emerged after the digital turn in the 1990s have been the subject of close scholarly and media attention, far less well studied is the immense wealth of Arab documentaries produced during the celluloid era. These ranged from newsreels to information, propaganda, and educational films, travelogues, as well as more radical, artistic formats, such as direct cinema and film essays. This book sets out to examine the long history of Arab nonfiction filmmaking in the Middle East and North Africa across a range of national trajectories and documentary styles, from the early twentieth century to the present.

Bringing together a distinguished group of film scholars, practitioners, and critics, Documentary Filmmaking in the Middle East and North Africa traces the historical development of documentary filmmaking with an eye to the widely varied socio-political, ethnic, linguistic, and cultural contexts in which the films emerged. Thematically, the contributions provide insights into a whole range of relevant issues, both theoretical and historical, such as structural development and state intervention, formats and aesthetics, new media, politics of representation, auteurs, subjectivity, minority filmmaking, ‘Artivism,’ and revolution. Also unearthing previously unrecognized scholarly work in the field, this rich and theoretically informed collection sheds light on a hitherto neglected part of international film history.

Viola Shafik studied Film and Middle Eastern Studies in Hamburg and works as a film scholar, creative consultant, and filmmaker. She has directed several documentaries, most notably My Name Is Not Ali (2011) and Arij: Scent of Revolution (2014). She is the author of Popular Egyptian Cinema: Gender, Class, and Nation (AUC Press, 2007) and Arab Cinema: History and Cultural Identity (revised and updated edition, AUC Press, 2016).