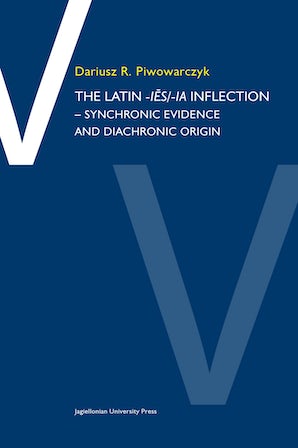 The monograph concerns the origin of the Latin -iēs/-ia inflection, the topic which to this day has not been explained satisfactorily. The proposal presented in the book allows for the most economic solution to the problem without difficult assumptions which were present in the previous hypotheses. The author explains the origin of the formation as the result of the identification and mutual influence of three former paradigms reconstructed for Proto-Indo-European and subsequent analogical influence of the commonly used Latin noun diēs 'day' from the fifth declension.


Apart from the hypothesis itself, the analysis of all the forms of the Latin -iēs/-ia inflection is presented with an etymological commentary and illustrative examples from the original ancient texts. The question on the origin of the Latin fifth declension is also mentioned alongside the modern description of the Proto-Indo-European derivational morphology.