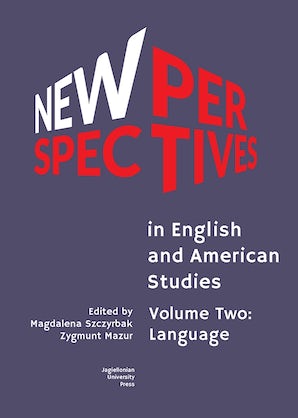 This volume offers a selection of linguistics papers presented at the 14th International Conference on English and American Literature and Language hosted by the Institute of English Studies at the Jagiellonian University in Kraków, Poland, from 20 to 22 April 2017. Part 1 (chapters 1–8) includes analyses of diverse linguistic phenomena identified in naturally occurring data whereas Part 2 (chapters 9–13) focuses on applied linguistics and as such, it is especially relevant to teachers and other educators. The text types explored in Part 1 range from online charity materials and Facebook posts through political texts and obituaries to tourism advertisements and nail polish labels. Part 2, in turn, takes a closer look at the role of critical cultural awareness and the development of summarization strategies in the EFL context as well as examines the usefulness of new vocabulary learning tools like Memrise. It also introduces readers to the challenges facing PhD candidates outside academia and raises awareness of the benefits of Active Learning in tertiary education. The volume is designed to appeal to PhD students, researchers and educators as well as everybody with a keen interest in linguistics.

Zygmunt Mazur - Assistant Professor in Institute of English Studies, previously worked at the University of Bordeaux in France, Troy University in Alabama and the University of Northern Iowa. His scientific research concerns the history of American literature, especially the American novel of the second half of the 20th century.