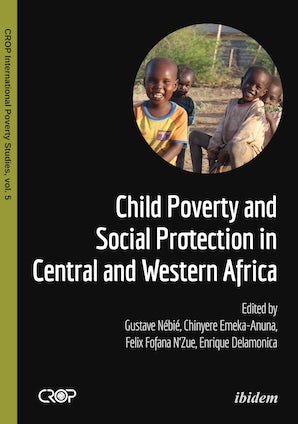 Child Poverty and Social Protection in Central and Western Africa

Child poverty is distinct, conceptually, and different, quantitatively, from adult poverty. It requires its own independent measurement—otherwise half of the population in developing countries may be unaccounted for when assessing poverty reduction. This book posits that child poverty should be measured based on constitutive rights of poverty, using a multidimensional approach. The argument is supported by chapters actually applying and expanding this approach. In addition, the case is made that the underlying drivers of child poverty are inequality, lack of access to basic social services, and the presence of families without any type of social protection. As a result, the case for social protection in contributing to reduce and eliminate child protection and its consequences is made.

Poverty reduction has been high on the international agenda since the start of the millennium. First as part of the MDGs and now included in the SDGs. However, in spite of a decline in the incidence of child poverty, the number of poor children is harder to reduce due to population dynamics. As a result, concomitant problems such as the increasing number of child brides, unregulated/dangerous migration, unabated child trafficking, etc. remain intractable. Understanding the root causes of child poverty and its characteristics in Central and Western Africa is fundamental to designing innovative ways to address it. It is also important to map the interventions, describe the practices, appreciate the challenges, recognize the limitations, and highlight the contributions of social protection and its role in dealing with child poverty. No practical policy recommendations can be devised without this knowledge.

Gustave Nébié is currently the economics adviser for UNICEF in West and Central Africa. Before that, he was the chief of social policy in UNICEF Mali, interregional adviser in the Department of Economic and Social Affairs for the United Nations Department of Economic and Social Affairs (UNDESA), and senior economist at the United Nations Development Programme (UNDP). Before joining the UN, he worked at the Central Bank of West African States and he was director of economic studies and planning (Ministry of Finance, Burkina Faso). He holds a PhD (Economics, Paris Dauphine) and MA (Public Administration, National School of Administration, ENA, Paris).

Felix Fofana N'Zue holds a Ph.D. in agricultural economics from Oklahoma State University. He is currently the head of the Economic Policy Analysis Unit of the ECOWAS Commission. Before joining ECOWAS he worked with the African Centre for Economic Transformation (ACET) based in Accra, Ghana, as a senior research fellow.

Enrique Delamonica is the chief of social policy and gender equality at UNICEF Nigeria. He is an economist and political scientist educated at the University of Buenos Aires, the Institute for Economic and Social Development, Columbia University, and the New School for Social Research. He was a policy analyst at UNICEF’s Headquarters for over ten years and for five years the Social and Economic Policy Regional Advisor at UNICEF’s office for Latin America and the Caribbean. He has also taught economics, international development, policy analysis, statistics and research methods at, among other places, New York University, Columbia University, the New School, and Saint Peter’s College (New Jersey). He is a fellow of the Comparative Research Programme on Poverty (CROP).