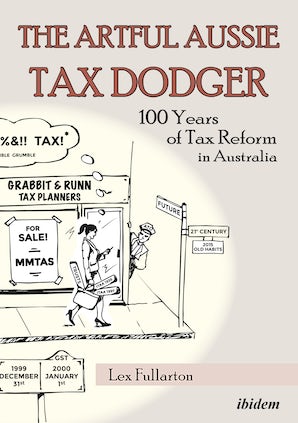 100 Years of Tax Reform in Australia

In The Artful Aussie Tax Dodger, Lex Fullarton studies the impact of 100 years of taxation legislation in Australia, from 1915 to 2016. He finds that despite the lessons of a century of taxpayers and administrators' actions and reactions, old habits are hard to break. Driven by the winds of various political and social interests, Australia embarked on a century of tax reform from the moment when its first Income Tax Assessment Act was introduced. Fullarton discusses the oldest of tax planning entities, the British Trust, the introduction of Australia's 'reformed' consumption tax, its VAT, referred to as Goods and Services Tax, an analysis of tax avoidance schemes, and finally government taxation reform. This book looks at how Australia's tax legislation was grounded, added to, avoided, and evolved, until it went 'Back to the Future'. It is a collection of studies compiled from experience and research conducted over twenty years of involvement in taxation law in rural and remote Australia.

Lex Fullarton is a descendant of British colonists of Western Australia who arrived in the Gascoyne region in the early 1880s. He was a real estate agent/tax-practitioner/public accountant for over 20 years. He is, in fact, the proverbial "bush lawyer". Fullarton has previously published the books Heat, Dust, and Taxes (2015) and Watts in the Desert (2016).