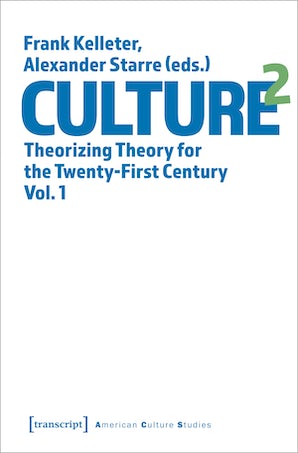 How to do cultural studies in the 21st century? This essay collection is not a handbook, encyclopedia, or a"state of the field" compendium. Instead, it is a reflexive exercise in cultural studies, featuring fifteen accessible essays on a selection of critical key works published since 2000. The contributors aim to provide readers with a fresh and engaging look at recent criticism, exploring the interdisciplinary traffic of theories, methods, and ideas within the field of cultural and literary studies. This book shows how the work of Lauren Berlant, Rita Felski, Fred Moten, Anna Tsing, and others can inspire new thinking and theorizing for the twenty-first century.

Frank Kelleter is chair of the Department of Culture at John F. Kennedy Institute for North American Studies, Freie Universität Berlin. His main fields of interest include the American Colonial and Enlightenment periods, theories of American modernity, and American media and popular culture. Select publications: Media of Serial Narrative (ed., 2017), David Bowie (Reclam, 2016), Serial Agencies: The Wire and Its Readers (2014).

Alexander Starre is assistant professor of North American culture at the John F. Kennedy Institute at Freie Universität Berlin. He is a former Humboldt Foundation fellow and has previously taught at the Universität Göttingen and at Brown University. Current research interests are knowledge production, literary institutions, and late 19th/early 20th-century American culture. His publications include Metamedia (2015), Projecting American Studies (ed., 2018), and The Printed Book in Contemporary American Culture (ed., 2019).