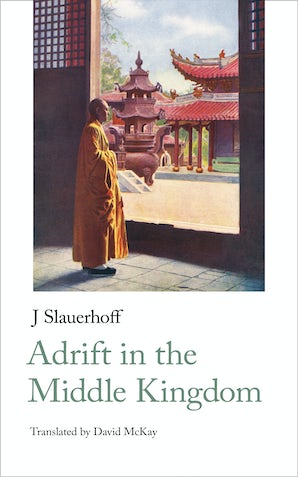 Adrift in the Middle Kingdom

Jan Jacob Slauerhoff’s 1934 novel Adrift in the Middle Kingdom is an epic sweep of narrative that takes the reader from 1920s Shanghai to a forgotten city beyond the Great Wall of China.

Narrated by a Belfast ship’s radio operator who travels inland on a gun-runner’s mission, desperate to escape the sea. He moves through extraordinary settings of opium salons, the house of a Cantonese watch-mender, the siege of Shanghai, the great flood on the western plains, and the discovery of oil by the uncomprehending overlord in the hidden city of Chungking. The fantasy ending transforms the novel from travelogue and adventure into existential meditation. But running like a thread of darkness through the story is opium, from poppy head harvesting to death through addiction.

This translation by David McKay, winner of the 2018 Vondel Prize, is the first English edition of Slauerhoff’s most accessible and enthralling novel. The Introduction is by Slauerhoff expert Arie Pos and Wendy Gan of the University of Hong Kong.