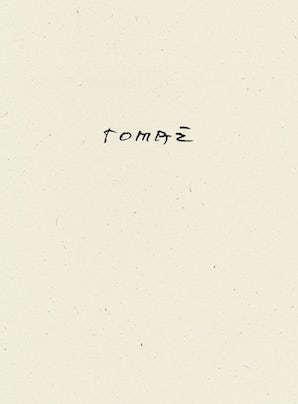 By Tomaž Šalamun and Joshua Beckman

Tomaž is an extended poem assembled from assembled by Joshua Beckman from his recorded conversations with one of the foundational figures of the European avant-garde, Tomaž Šalamun. This book includes photographs and translated original poems throughout, some of which are presented for the first time in English, and it covers the first forty years of his life in his own words. With careful articulation and generosity of attention, Joshua Beckman becomes a conduit for the language of Šalamun, assembling an autobiographic poem in a way that only a poet, translator, and friend could.

Joshua Beckman is a poet, translator, and editor in chief of Wave Books. His translations include Micrograms (Wave Books, 2011) by Jorge Carrera Andrade, 5 Meters of Poems (Ugly Duckling Presse, 2010) by Carlos Oquendo de Amat, and Supplication: Selected Poems of John Wieners (Wave Books, 2015), which he co-edited with Robert Dewhurst and CAConrad. His translation of Poker (Ugly Duckling Presse, 2008) by Tomaž Šalamun, was a finalist for the PEN America Poetry in Translation Award.