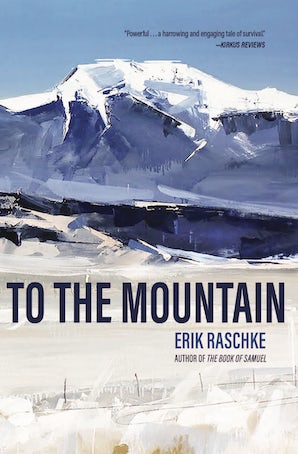 "A mercilessly taut, relentlessly thrilling tale of heartbreak and survival. Raschke writes with humanity and grace about the challenges of parenthood, and the rigors of the natural world."
—JONATHAN EVISON, author of The Revised Fundamentals of Caregiving

Eleven–year–old Marshall lives in a remote juvenile center in Colorado, where he is bullied by the other boys, misunderstood by all of the staff except Leslie, and so overwhelmed by the sounds and smells in the cafeteria that getting his lunch is a daily terror. During a blizzard, an unexpected mishap for Marshall and Leslie leads to Marshall's disappearance into the wilderness. His father, Jace, knows that Marshall has gone searching for a secret on the mountain. To save Marshall, Jace must overcome not only the winter elements, but his own self–doubt in this tale of sacrifice, hope, and the bond between father and son.

ERIK RASCHKE received an MA in Creative Writing from the City College of New York. His first novel, The Book of Samuel, was translated into Italian and nominated for the prestigious Printz award. His short stories and essays have been published in, among others, The Atlantic Monthly, The New York Times Magazine, Hazlitt, De Volkskrant, and Guernica. His short story, "Winch" (Portland Review), was nominated for the 2018 Best American Short Stories.

As a reporter in the early nineties for The Newsletter and Belfast Telegraph, Raschke covered the bombings, shootings, and assassinations that marked the end of The Troubles. Later, he was a Peace Corps volunteer in Armenia and at a certified New York public school teacher working with lower–income students in the upper–Manhattan/Bronx area. He became a dual Dutch and American citizen in 2013. He lives in Amsterdam with his wife and three boys and teaches writing at The University of Amsterdam.