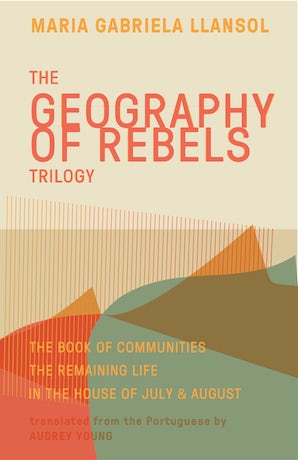 The Book of Communities, The Remaining Life, and In the House of July & August

“If anyone might be profitably compared to Clarice Lispector, it might well be Maria Gabriela Llansol. This is because of the fundamentally mystical impulse that animates them both, their conception of writing as a sacred act, a prayer: their idea that it was through writing that a person can reach 'the core of being.'” — Benjamin Moser, author of Why This World: A Biography of Clarice Lispector

Geography of Rebels presents the English debut of three linked novellas from influential Portuguese writer Maria Gabriela Llansol. With echoes of Clarice Lispector, Llansol's novellas evoke her vision of writing as life, conjuring historical figures and weaving together history, poetry, and philosophy in a transcendent journey through one of Portugal's greatest creative minds.

Maria Gabriela Llansol (1931-2008) is one of the preeminent Portuguese writers of the 20th century, twice awarded the prize for best novel from the Portuguese Writers' Association.