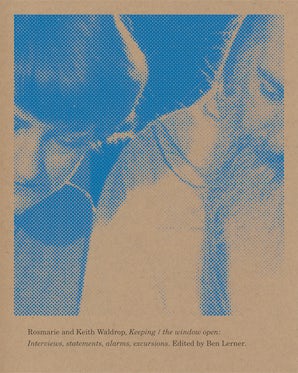 A rich array of materials coalesce here into a vibrant portrait, in text and image, of two extraordinary artists and collaborators. For nearly sixty years, the Waldrops have influenced multiple generations of writers through their own poetry and fiction, translations, teaching, and their press, Burning Deck, which published some of the most influential authors of late-twentieth-century avant-garde literature. This collection seeks to illustrate the many ways in which the Waldrops have expanded the possibilities of bookcraft, art, community, and literature.