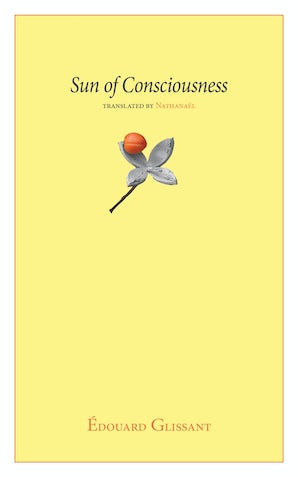 By Edouard Glissant Translated by Nathanaël

Soleil de la Conscience (Sun of Consciousness) was Martinican philosopher Édouard Glissant’s first published work, and opened the Poétique (Poetics) strain of his oeuvre. This book-length essay, which is characterized by its exploratory, intimate character, announces Glissants concerns with créolisation (creolization), mondialité (worldliness, as against globalization), or opacité (opacity) and inscribes in this work a refusal of colonialism and of inverted exoticism. The sense of estrangement experienced by the author who arrives as a “foreigner” in a country to which he is bound by “the first page of his passport” is the author’s principal preoccupation. By positioning himself as both different and same, Glissant opens a space for the writing of a(nother) history: that of the Caribbean.

Édouard Glissant (1928-2011) , long recognized in the French and francophone world as one of the greatest writers and thinkers of the twentieth century, is increasingly attracting attention from English-speaking readers. Born in Martinique in 1928, influenced by poet/politician Aimé Césaire, and educated at the Sorbonne in Paris, Édouard Glissant emerged as one of the most influential postcolonial theorists, novelists, playwrights, and poets not only in the Caribbean but also in contemporary French literature. He was twice a finalist for the Nobel Prize in Literature. He authored many novels, books of poems, and a sequence of books on poetics, including developing the concept of a “relational poetics,” which laid the groundwork for the “créolité” movement, fueled by the understanding that Caribbean culture and identity are the positive products of a complex and multiple set of local historical circumstances. An exhibition based on his philosophical writings was presented at the Perez Art Museum in Miami in 2015. At his death, he was a Distinguished Professor of French at the Graduate Center, CUNY, and lived in New York City, Paris, and Martinique. Nathanaël, author of 16 books, translates between French and English.