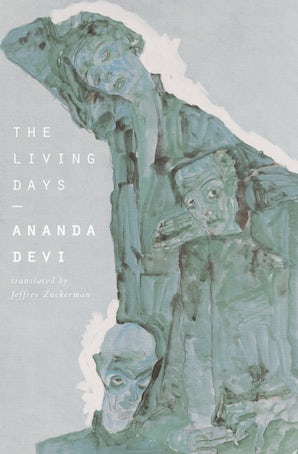 Publisher: The Feminist Press at CUNY

This novel of post-9/11 London is a masterful dissection of racism, aging, and the perturbing nature of desire. Ananda Devi's "fluid, poetic language memorably conjures a union of two outcasts" (The New Yorker).

A chance encounter on Portobello Road incites an unsettling, magnetic attraction between Mary, a seventy-five-year-old white British spinster, and Cub, a thirteen-year-old Jamaican boy from Brixton. Mary increasingly clings to phantoms as dementia overtakes her reality, latching on to Cub and channeling all of her remaining energy into their relationship. But their macabre romance comes to a horrific climax, as white supremacy, poverty, and class conflict explode on the streets of London.

Through exquisite juxtaposition, Devi uses lush prose to confront the tensions of an increasingly nationalistic metropolis, and the queasy nature of desire muddled with power.

"Brutal and entirely believable, a gorgeous and haunting depiction of London and the real lives and memories of those unseen within it." —Publishers Weekly

Ananda Devi was born in 1957 in Mauritius, noted for its confluence of diverse ethnic, cultural and linguistic identities. Devi won her first literary prize at the age of fifteen for a short story in a Radio France Internationale competition. After a few years spent in Congo-Brazzaville, Devi moved to Ferney-Voltaire in Switzerland in 1989, where she lives today. She has published twelve novels as well as short stories and poetry, and was featured at the PEN World Voices Festival in New York in 2015. Her literary awards include the Prix des Cinq Continents de la Francophonie (2006) and Prix Télévision Suisse Romande (2007) for Ève de ses décombres, as well as the Prix Louis-Guilloux (2010) and the Prix Mokanda (2012) for other works. In 2010 Devi was made a Chevalier des Arts et des Lettres by the French government and in 2014 she was awarded the Prix du Rayonnement de la langue et de la littérature françaises by the Académie Française. Her latest novel, Manger l’autre (2018) won the Prix Étonnants Voyageurs.

Jeffrey Zuckerman is digital editor of Music & Literature Magazine. His translations from French include Ananda Devi’s Eve Out of Her Ruins (Deep Vellum 2016) and Antoine Volodine’s Radiant Terminus (Open Letter 2017) as well as numerous texts by Marie Darrieussecq, Hervé Guibert, Régis Jauffret, and Kaija Saariaho, among others. A graduate of Yale University, his writing and translations have appeared in Best European Fiction, The Los Angeles Review of Books, The Paris Review Daily, Tin House, and Vice. He is a recipient of a 2016 PEN/Heim Translation fund grant for his translation from the French of The Complete Stories of Hervé Guibert.