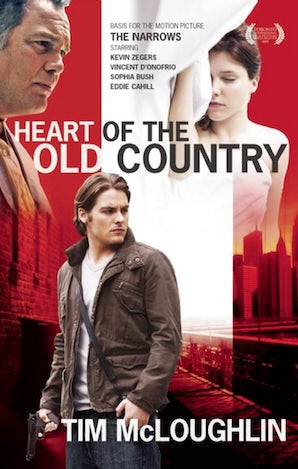 Heart of the Old Country (The Narrows)

"Part coming-of-age story, part thriller, it’s got all the ingredients for what may be a whole new genre."Entertainment Weekly

"McLoughlin in his first novel easily ranks with Richard Price."Penthouse

Based on Heart of the Old Country, The Narrows is now a major motion picture starring Kevin Zegers, Vincent D’Onofrio, Sofia Bush, and Eddie Cahill. This is not the Brooklyn of Spike Lee or Matty Rich, but a counterpoint, where the hangers-onthose left behind in the white flight to the suburbscontinue to do business” while defending their shrinking borders.

Tim McLoughlin is the editor of the multiple award-winning anthology Brooklyn Noir and its companion volumes. His work has been included in The Best American Mystery Stories. He lives in Brooklyn.

Tim McLoughlin was born and raised in Brooklyn. His debut novel, Heart of the Old Country (Akashic), was hailed as reminiscent of James T. Farrell's Studs Lonigan and George Orwell's Down and Out in Paris. He was editor of Brooklyn Noir, first in the Akashic Noir Series, as well as Brooklyn Noir 2 and Brooklyn Noir 3.