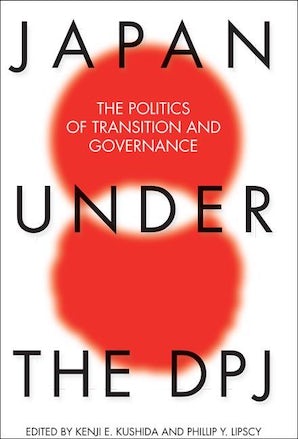 Japan under the DPJ

The Politics of Transition and Governance

The Democratic Party of Japan (DPJ) came to power in 2009 with a commanding majority, ending fifty years of almost uninterrupted Liberal Democratic Party (LDP) rule. What explains the DPJ's rapid rise to power? Why has policy change under the DPJ been limited, despite high expectations and promises of bold reform? Why has the party been paralyzed by internecine conflict? This volume examines the DPJ's ascendance and its policies once in power.

Japan under the DPJ makes important contributions to the study of Japanese politics, while drawing upon and advancing scholarship on a wider range of issues of interest to political scientists.