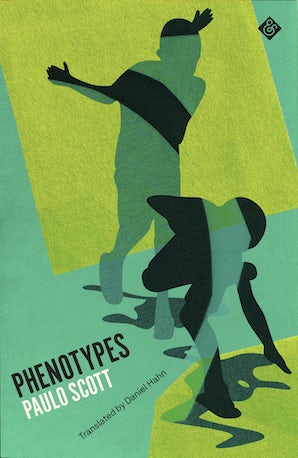 Federico and Lourenço are brothers. Their father is black, a famed forensic pathologist for the police; their mother is white. Federico—distant, angry, analytical—has light skin, which means he’s always been able to avoid the worst of the racism Brazilian culture has to offer. He can “pass” as white, and yet, because of this, he has devoted his life to racial justice. Lourenço, on the other hand, is dark-skinned, easygoing, and well-liked in the brothers’ hometown of Porto Alegre—and has become a father himself.

As Federico’s fiftieth birthday looms, he joins a ludicrous yet chilling governmental committee in the capital. It is tasked with quelling the increasingly violent student protests rocking Brazil by overseeing the design of new piece of software that will remove the question of race from the hands of fallible, human, prejudiced college administrators by adjudicating who does and doesn’t warrant admittance as a non-white applicant under new affirmative-action quotas. Before he can come to grips with his feelings about this initiative, not to mention a budding romance with one of his committee colleagues, Federico is called home: his niece has just been arrested at a protest carrying a concealed gun. And not just any gun. A stolen police service revolver that he and Lourenço hid for a friend decades before. A gun used in a killing.

Paulo Scott here probes the old wounds of race in Brazil, and in particular the loss of a black identity independent from the history of slavery. Exploratory rather than didactic, a story of crime, street-life and regret as much as a satirical novel of ideas, Phenotypes is a seething masterpiece of rage and reconciliation.

Paulo Scott was born in 1966 in Porto Alegre, in southern Brazil. At university, he was an active member of the student political movement and was also involved in Brazil’s re-democratisation process. For ten years he taught law at university in Porto Alegre; he has now published five books of fiction and four of poetry, and is also a translator from English. He moved to Rio de Janeiro in 2008 to focus on writing full-time.

Daniel Hahn is a writer, editor and translator with some sixty-something books to his name. His work has won him the Independent Foreign Fiction Prize, the Blue Peter Book Award and the International Dublin Literary Award, and he has been shortlisted for the Man Booker International Prize, among others.