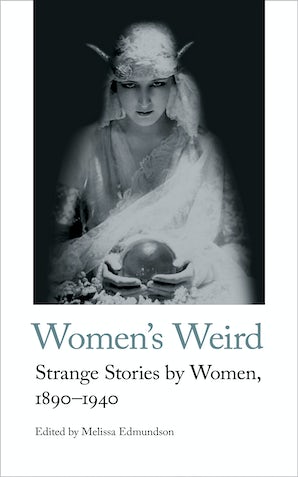 For fans of H.P. Lovecraft and Mary Shelley, female writers of the late nineteenth and early twentieth century embrace the supernatural, horror, science fiction, fantasy, and the Gothic in Women’s Weird.

Edited by literary historian Melissa Edmundson, Women’s Weird features the best classic Weird short stories that showcase how these authors moved beyond the traditional ghost story and into areas of Weird fiction and dark fantasy. A haunted house, some very haunted gloves, a love that will never die—these are examples of the classic gothic settings reimagined by these turn of the century authors.

Authors include Charlotte Perkins Gilman (“The Giant Wistaria”), Edith Nesbit (“The Shadow”), Edith Wharton (“Kerfol”), May Sinclair (‘Where Their Fire Is Not Quenched”), Mary Butts (“With and Without Buttons”), and D K Broster (“Crouching At The Door”).

Featuring stories that explore beyond the primarily domestic concerns of earlier supernatural fiction, Women’s Weird is sure to thrill new readers and delight these authors’ fans.