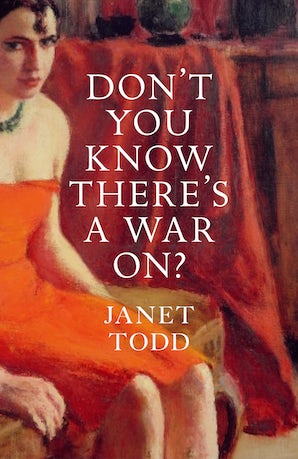 Don't You Know There's a War On?

The Second World War is over. England is losing its empire, world status and old elite values. The Empire strikes back with mass immigration, while the government soothes its people with welfare, the NHS, televisions and refrigerators. At the centre of the novel is the contemptuous Joan Kite, at odds with all the changes imposed on the country in the post war period. Shut up in a house with her only daughter, she refuses to compromise and adapt, pouring vitriol on anyone who seeks to enter their lives. After years of frugality, patriotism, service and excitement, she is angry at the contracted existence she’s been delivered and at the manner in which her aspirations to upper-middle-class culture have been thwarted. When her daughter is threatened, she begins a diary to investigate her past before and during the war. In it she gives rein to a flamboyant imaginary life and to an energetic loathing for the reality of a diminished England. During the freak hot summer of 1976, as water is rationed and ladybirds invade their home, the intimacy of mother and daughter intensifies. Their lives unravel within the claustrophobia of their semi-detached house behind closed velvet curtains.

Janet Todd (Jane Austen’s Sanditon, Radiation Diaries, Aphra Behn: A Secret Life, A Man of Genius), novelist, biographer and internationally renowned scholar, is the General Editor of The Cambridge Works of Jane Austen, author of The Cambridge Introduction to Jane Austen, and a former president of Lucy Cavendish College, Cambridge. Now a full-time writer and literary critic, she is an Emerita Professor at the University of Aberdeen and an Honorary Fellow of Newnham College, Cambridge. Born in Wales, she grew up in Britain, Bermuda and Ceylon/Sri Lanka and has worked at universities in Ghana, Puerto Rico, India, the US (Douglass College, Rutgers, Florida) Scotland (Glasgow, Aberdeen) and England (Cambridge, UEA). She lives in Cambridge, England and Venice, Italy.