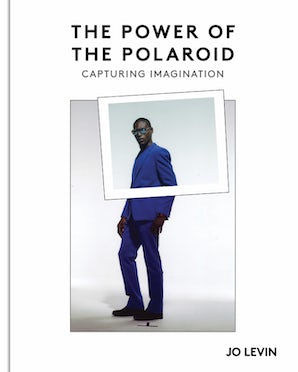 The Power of the Polaroid

Foreword by Elton John and David Furnish. A polaroid is the physical and organic reminder of a particular moment, enabling the creative team to step back and fully consider the technical and artistic direction of a photoshoot. The excitement of watching the image slowly developing and seeing the final result makes the polaroid a tiny artwork all of its own.In this book, uber-stylist and storyteller Jo Hambro showcases some of her vast personal records of polaroids taken from the fashion shoots she has worked on over the last two decades. Combined with her extraordinary notebooks, scribbles and sketches formulating the stories that each shoot is based on, (in which polaroids are an indispensable part), we are taken into the hidden world of fashion's creative process.

Jo Hambro started her career at British Vogue in 1986 and in 1992 became the Creative Fashion Director of British GQ, a position she held until 2015. During that time she worked with iconic names in photography: Guzman, the Douglas Brothers, Guy Aroch, Kurt Iswarienko, Dana Lixenberg, Peter Lindbergh, Sam Taylor-Wood, David LaChapelle, David Eustace and many more whose work features in the book. Jo continues to work with and style some of the most famous names in fashion, entertainment, business and politics. She has recently worked on the styling for Sir Elton John's Goodbye Yellow Brick Road world tour and on the biopic, Rocketman.