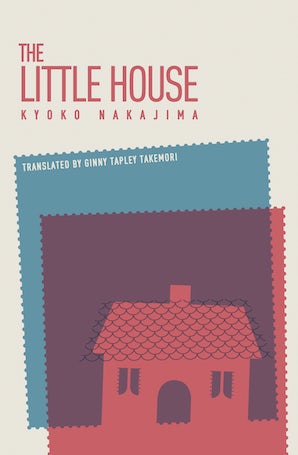 The Little House is set in the early years of the Shōwa era (1926–89), when Japan’s situation is becoming increasingly tense but has not yet fully immersed in a wartime footing. On the outskirts of Tokyo, near a station on a private train line, stands a modest European style house with a red, triangular shaped roof. There a woman named Taki has worked as a maidservant in the house and lived with its owners, the Hirai family. Now, near the end of her life, Taki is writing down in a notebook her nostalgic memories of the time spent living in the house. Her journal captures the refined middle-class life of the time from her gentle perspective. At the end of the novel, however, a startling final chapter is added. The chapter brings to light, after Taki’s death, a fact not described in her notebook. This suddenly transforms the world that had been viewed through the lens of a nostalgic memoir, so that a dramatic, flesh-and-blood story takes shape. Nakajima manages to combine skilful dialogue with a dazzling ending. The result is a polished, masterful work fully deserving of the Naoki Prize.

"Kyōko Nakajima was born in Tokyo in 1964. After working at a publishing firm and as a freelance writer, she made her debut as a novelist in 2003 with Futon. In 2010 her novel The Little House won the Naoki Prize. This was followed by the Izumi Kyōka Prize for Literature for Tsuma ga shiitake datta koro (When My Wife Was a Shiitake) in 2014 and the Kawai Hayao Story Prize and Historical Fiction Writers Club Award for Katazuno! (One-Horn!) in 2015. Her other works include Itō no koi (Itō’s Romance) and Chōbō zekka (A Magnificent View). Ginny Tapley Takemori is a British translator currently based in Ibaraki, Japan. She has translated a wide scope of Japanese writings, including Kyōko’s award winning short story, When my Wife was a Shiitake. She also translated The Whale That Fell In Love With a Submarine by Akiyuki Nosaka and The Secret of the Blue Glass by Tomiko Inui, both published by Pushkin Children’s Books in 2015."