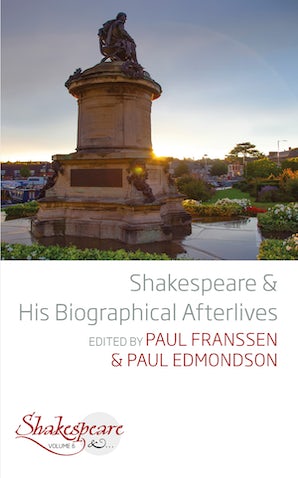 Shakespeare and His Biographical Afterlives

New Shakespeare biographies are published every year, though very little new documentary evidence has come to light. Inevitably speculative, these biographies straddle the line between fact and fiction. Shakespeare and His Biographical Afterlives explores the relationship between fiction and non-fiction within Shakespeare’s biography, across a range of subjects including feminism, class politics, wartime propaganda, children’s fiction, and religion, expanding beyond the Anglophone world to include countries such as Germany and Spain, from the seventeenth century to present day.

Paul Franssen has taught British at the English Department of Utrecht University since 1979, where he obtained his PhD in 1987. He has published numerous articles on English literature, mainly of the early-modern period, and edits Folio, the journal of the Shakespeare Society of the Low Countries. He co-edited The Author as Character: Representing Historical Writers in Western Literature (Fairleigh Dickinson U. P, 1999), Shakespeare and European Politics (University of Delaware Press, 2008), and Shakespeare and War (Palgrave/Macmillan, 2008).