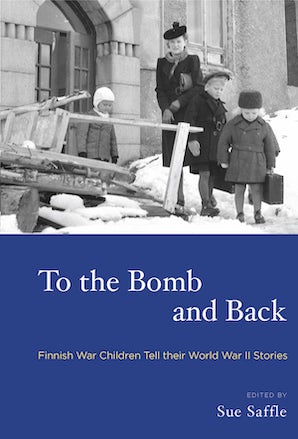 To the Bomb and Back

Between 1939 and 1945, some 80,000 Finnish children were sent to Sweden, Denmark, and elsewhere, ostensibly to protect them from danger while their nation’s soldiers fought superior Soviet and German forces. This was the largest of all of World War II children’s transports, and although acknowledged today as “a great social-historical mistake,” it has received surprisingly little attention. This is the first English-language account of Finland’s war children and their experiences, told through the survivors’ own words. Supported by an extensive introduction, a bibliography of secondary sources, and over two dozen photographs, this book testifies to the often-lifelong traumas endured by youthful survivors of war.

Sue Saffle holds a Senior Instructorship in Virginia Tech’s Department of English. She is a winner of VT’s University Sporn Award for outstanding teaching and was inducted into the institution’s Academy of Teaching Excellence. In 2000–2001 she lived in Helsinki, where she began collecting the stories of Finland’s war children. Her articles about them have appeared in the journal Children and War and in the collection Children: The Invisible Victims of War (2008).