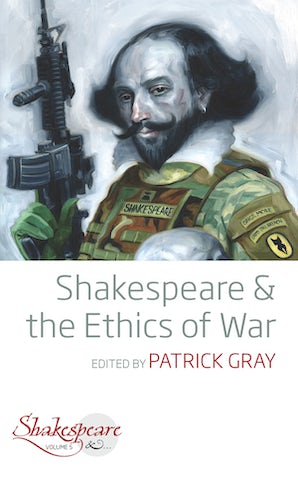 Shakespeare and the Ethics of War

How does Shakespeare represent war? This volume reviews scholarship to date on the question and introduces new perspectives, looking at contemporary conflict through the lens of the past. Through his haunting depiction of historical bloodshed, including the Trojan War, the fall of the Roman Republic, and the Wars of the Roses, Shakespeare illuminates more recent political violence, ranging from the British occupation of Ireland to the Spanish Civil War, the Balkans War, and the past several decades of U. S. military engagement in Iraq and Afghanistan. Can a war be just? What is the relation between the ruler and the ruled? What motivates ethnic violence? Shakespeare’s plays serve as the frame for careful explorations of perennial problems of human co-existence: the politics of honor, the ethics of diplomacy, the responsibility of non-combatants, and the tension between idealism and Realpolitik.