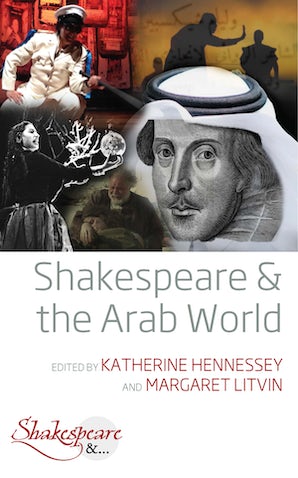 Shakespeare and the Arab World

Offering a variety of perspectives on the history and role of Arab Shakespeare translation, production, adaptation and criticism, this volume explores both international and locally focused Arab/ic appropriations of Shakespeare’s plays and sonnets. In addition to Egyptian and Palestinian theatre, the contributors to this collection examine everything from an Omani performance in Qatar and an Upper Egyptian television series to the origin of the sonnets to an English-language novel about the Lebanese civil war. Addressing materials produced in several languages from literary Arabic (fuṣḥā) and Egyptian colloquial Arabic (‘ammiyya) to Swedish and French, these scholars and translators vary in discipline and origin, and together exhibit the diversity and vibrancy of this field.

Margaret Litvin is associate professor of Arabic and Comparative Literature at Boston University. Her book Hamlet's Arab Journey: Shakespeare's Prince and Nasser's Ghost (Princeton UP, 2011), appeared in Soha Sebaie’s Arabic translation in 2017, and she co-edited and co-translated the companion anthology Four Arab Hamlet Plays (2016), one play from which was recently produced at Cornell University. Her current work explores two areas of transregional cultural flows: Arab-Russian literary ties, and contemporary Arab/ic theatre for global audiences. She has been an ACLS Burkhardt Fellow in Uppsala, Sweden, and an Alexander von Humboldt Fellow at the Forum Transregionale Studien in Berlin.