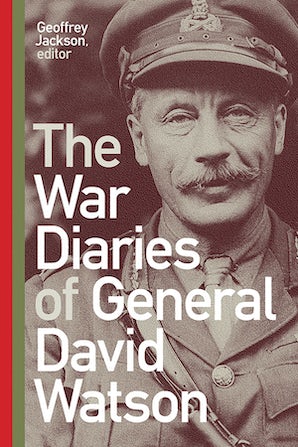 The diary of David Watson, who rose through the officer ranks to command one of the four divisions in the Great War, is an exceptional document that details with candid insight the responsibilities of senior command and shows the talent required to rise through the CEF to divisional command.

The only published diary of a Canadian who held this rank in the last two (critical) years of the war, it focuses on the evolution of military leadership and associated challenges that Watson (and his peers) faced during the Great War. It recounts how he navigated not only the military battlefield in France and Belgium but also the political battlefield of the Canadian Expeditionary Force and larger British Expeditionary Force. The divisional commanders played a central role in the Corps’ transformation into a first-rate professional army, a transformation that coincided with Watson’s tenure at the 4th Division.