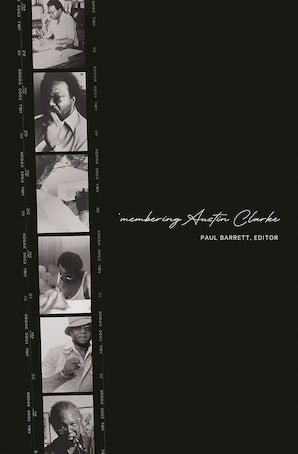 'Membering Austin Clarke reflects on the life and writing of Austin Clarke, whose depictions of Black life in Canada enlarged our understanding of what Canadian literature looks like.

Despite being one of Canada's most widely published, and most richly awarded writers, Austin Clarke (1934–2016) is not a household name. This collection addresses Clarke's marginalization in Canadian literature by demonstrating that his writing on Black diasporic life and the immigrant experience is a foundational, if untold, part of the story of CanLit.

Novelist, short-story writer, poet, and essayist, Clarke was born in Barbados, moved to Canada in 1955 and went on to establish Black Studies programs at a number of universities in America. He returned to Canada and became one of Canadian literature’s most prolific authors and a public voice for Black people in Canada. Among his best-known works are the Giller Award–winning The Polished Hoe (2002) and his memoir ‘Membering (2015).

This collection of essays from colleagues, scholars, friends, and fellow writers addresses Clarke's work in all its richness and complexity in order to understand how Clarke's legacy continues to transform Canadian writing. It includes previously unpublished poems and short stories from Clarke's archives as well as personal reflections from friends, histories of the publication of his works, essays, interviews, and short stories and poems inspired by Clarke.