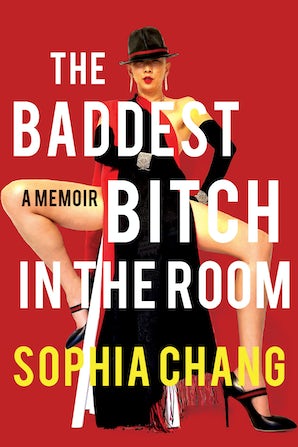 The Baddest Bitch in the Room

The first Asian woman in hip-hop, Sophia Chang shares the inspiring story of her career in the music business, working with such acts as The Wu-Tang Clan and A Tribe Called Quest, her path to becoming an entrepreneur, and her candid accounts of marriage, motherhood, aging, desire, marginalization, and martial arts.

Fearless and unpredictable, Sophia Chang prevailed in a male-dominated music industry to manage the biggest names in hip-hop and R&B. The daughter of Korean immigrants in predominantly white suburban Vancouver, Chang left for New York City, and soon became a powerful voice in music boardrooms at such record companies as Atlantic, Jive, and Universal Music Group.

As an A&R rep, Chang met a Staten Island rapper named Prince Rakeem, now known as the RZA, founder of the Wu-Tang Clan, the most revered and influential rap group in hip-hop history. That union would send her on a transformational odyssey, leading her to a Shaolin monk who would become her partner, an enduring kung fu practice, two children, and a reckoning with what type woman she ultimately wanted to be.

For decades, Chang helped remarkably talented men tell their stories. Now, with The Baddest Bitch In The Room, she is ready to tell her own story of marriage, motherhood, aging, desire, marginalization, and martial arts. This is an inspirational debut memoir by a woman of color who has had the audacity to be bold in the pursuit of her passions, despite what anyone—family, society, the dominant culture—have prescribed.

Sophia Chang is a Korean-Canadian music business matriarchitect who was the first Asian woman in hip-hop. She worked with Paul Simon and managed Ol’ Dirty Bastard, RZA, GZA, Q-Tip, A Tribe Called Quest, Raphael Saadiq, and D'Angelo. In 1995, Chang left music to train kung fu and manage a Shaolin Monk who became her partner and father of two children. She also produced runway shows, worked at a digital agency, and is developing TV and film properties.