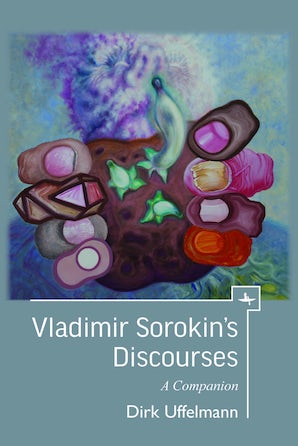 Vladimir Sorokin is the most prominent and the most controversial contemporary Russian writer. Having emerged as a prose writer in Moscow’s artistic underground in the late 1970s and early 80s, he became visible to a broader Russian audience only in the mid-1990s, with texts shocking the moralistic expectations of traditionally minded readers by violating not only Soviet ideological taboos, but also injecting vulgar language, sex, and violence into plots that the postmodernist Sorokin borrowed from nineteenth-century literature and Socialist Realism. Sorokin became famous when the Putin youth organization burned his books in 2002 and he picked up neo-nationalist and neo-imperialist discourses in his dystopian novels of the 2000s and 2010s, making him one of the fiercest critics of Russia’s “new middle ages,” while remaining steadfast in his dismantling of foreign discourses.

Dirk Uffelmann (PhD Konstanz, 1999; postdoctoral lecturing qualification Bremen, 2005) is Professor of East and West Slavic Literatures at Justus Liebig University Giessen, Hesse, Germany. He is the author of Russian Culturosophy (1999) and The Humiliated Christ—Metaphors and Metonymies in Russian Culture and Literature (2010), both in German, and Polish Postcolonial Literature (forthcoming, in Polish). He coedited fourteen volumes (in English, German, and Russian), including Vladimir Sorokin’s Languages (2013), the journal Zeitschrift für Slavische Philologie, and the book series Postcolonial Perspectives on Eastern Europe and Polonistik im Kontext. He has published over 120 articles on Russian, Polish, Czech, and Ukrainian literature, philosophy, religion, migration, masculinity, and internet studies.