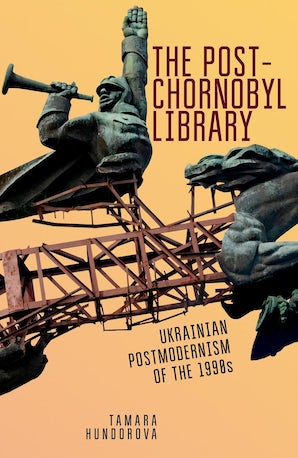 Ukrainian Postmodernism of the 1990s

Having exploded on the margins of Europe, Chornobyl marked the end of the Soviet Union and tied the era of postmodernism in Western Europe with nuclear consciousness. The Post-Chornobyl Library in Tamara Hundorova’s book becomes a metaphor of a new Ukrainian literature of the 1990s, which emerges out of the Chornobyl nuclear trauma of the 26th of April, 1986. Ukrainian postmodernism turns into a writing of trauma and reflects the collisions of the post-Soviet time as well as the processes of decolonization of the national culture. A carnivalization of the apocalypse is the main paradigm of the post-Chornobyl text, which appeals to “homelessness” and the repetition of “the end of histories.” Ironic language game, polymorphism of characters, taboo breaking, and filling in the gaps of national culture testify to the fact that the Ukrainians were liberating themselves from the totalitarian past and entering the society of the spectacle. Along this way, the post-Chornobyl character turns into an ironist, meets with the Other, experiences a split of his or her self, and witnesses a shift of geo-cultural landscapes.

Tamara Hundorova is Chair of the Department of Literary Theory and Comparative Literature at the Institute of Literature, National Academy of Sciences of Ukraine and Associate of Harvard Ukrainian Research Institute. She is the author of Transit Culture: Symptoms of Postcolonial Trauma (2013), Kitsch and Literature: Travesties (2008), The Emerging Word: The Discourse of Early Ukrainian Modernism (1997, 2013), Femina melancholica: Sex and Culture in the Gender Utopia of Olha Kobylianska (2002). She taught at Toronto University, Harvard Summer School, Greifswald Ukrainicum, Ukrainian Free University. She was awarded a Fulbright Fellowship, a Petro Jacyk Distinguished Fellowship (Harvard University), a visiting professorship at the SURC (Hokkaido University) and a fellowship at Monash University (Australia).

Dr. Sergiy Yakovenko teaches in the Department of English at MacEwan University. He is the author of Romantics, Aesthetes, Nietzscheans: Ukrainian and Polish Literary Criticism of the Early Modernist Period (2006) and Poetics and Anthropology: Essays on Ukrainian and Polish Prose on the 20th Century (2007), both books in Ukrainian.