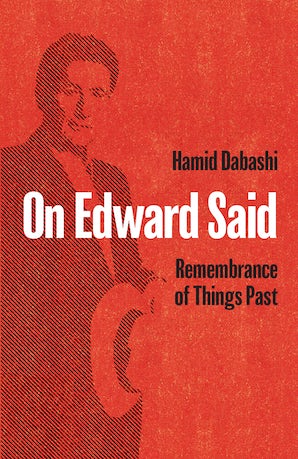 Remembrance of Things Past

Edward Said (1935-2003) was a towering figure in post-colonial studies and the struggle for justice in his native Palestine, best known for his critique of orientalism in western portrayals of the Middle East. As a public intellectual, activist, and scholar, Said forever changed how we read the world around us and left an indelible mark on subsequent generations.

Hamid Dabashi, himself a leading thinker and critical public voice, offers a unique collection of reminiscences, travelogues and essays that document his own close and long-standing scholarly, personal and political relationship with Said. In the process, they place the enduring significance of Edward Said's legacy in an unfolding context and locate his work within the moral imagination and environment of the time.

Edward Said was University Professor of English and Comparative Literature at Columbia University. He was the author of more than twenty books, including Orientalism, Culture and Imperialism and On Late Style and his essays and reviews appeared in newspapers and periodicals throughout the world. Edward Said died in September 2003.

Hamid Dabashi is the Hagop Kevorkian Professor of Iranian Studies and Comparative Literature at Columbia University in New York, an internationally renowned cultural critic, and award-winning author, with over 25 books to his name. He also offers commentery as a current affair essayist and his articles have appeared on major international print, digital, and broadcast media. He is regularly featured on CNN, BBC, CBC, Aljazeera, and other global, national, and local venues. His essays have regularly appeared in al-Ahram Weekly in Egypt, Bir Gun in Turkey, and CNN in the United States. He currently writes a regular column for Aljazeera.