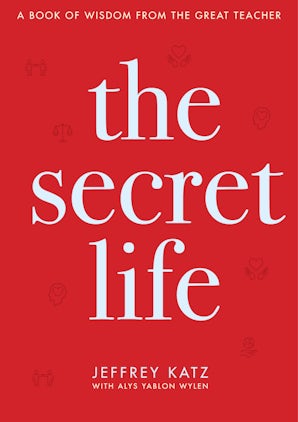 A Book of Wisdom from the Great Teacher

He is one of the wisest men of all time. Since the time of the Bible, he is the only man to be celebrated by the three major Western religions of Judaism, Christianity and Islam.

His name is Maimonides. A philosopher, rabbi, physician, religious thinker and logician, today this sage is considered among the greatest thinkers.

The Secret Life reveals his ancient teachings in modern terms.

In The Secret Life, you will discover true wisdom and success in every aspect of life comes not from our public persona and life –- as so many believe -- but in our secret thoughts and actions.

Maimonides shows how every person can find their true and best self, not only deriving happiness for themselves, but spreading that bliss to everyone they touch.

The benefits of living the Secret Life are countless. Changing your approaches to giving charity, to seeking justice, to loving others, and to believing in yourself enough to find and act on your true calling will lead you to remarkable heights. You will find a new  resilience against the difficulties and turmoil in life, a new inner power that will keep you focused on the things that really matter, and an inner peace few will ever have. The Secret Life is, quite literally, life changing.

“Whatever you do should be done out of nothing else but pure love.” -- Maimonides

Jeffrey Katz is a lifelong student and teacher of rationalist religious philosophy.  He became fascinated in his youth by his discovery of the ancient wisdom of Maimonides, and received rabbinic ordination while focusing on disseminating the ancient, life-changing wisdom he had uncovered.  He is a practicing attorney, has appeared on national television on a broad range of issues, and has lectured widely.