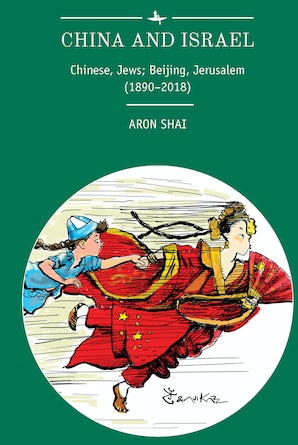 In the fascinating story of Israel-China relations, unique history and culture intertwine with complex diplomacy and global business ventures—some of which have reached impressive success. China and Israel is a living collage that addresses these issues from a point of view that combines the professional and the personal. This book paints a broad picture of China-Israel relations from an historical and political perspective and from the Jewish and Israeli angle. To tell this story, Shai relies on rare documents, archival materials and interviews with individuals who were active in forming the relationship between these two states. He profiles Morris Cohen who, according to some, served as Sun Yat-sen’s personal advisor; gynecologist Dr. Ya’akov Rosenfeld, who rose to the rank of general in the Chinese Red Army and ended his career as a family physician in Tel Aviv; and international business magnate Shaul Eisenberg, otherwise known as “the king of China,” who executed the first Sino-Israeli military contacts. Shai also covers the attempts of major Israeli companies and business people to enter China, and describes the opportunities and risks involved when China purchases companies that are part of Israel’s national infrastructure.

Aron Shai is Shaul N. Eisenberg Professor of East Asian Studies and Pro-Rector of Tel Aviv University. He earned his PhD from St. Antony's College, University of Oxford. His research focuses on imperialism in Asia, China’s role in international relations, diplomatic and economic history, and Sino-Israeli relations. He lectured at international conferences and served as guest professor at Oxford, Paris, Toronto, New York and in China. Shai authored and edited numerous books in Hebrew, English, and Chinese, including Origins of War in the East; From the Opium War to Mao Zedong; Britain and China 1941-1947; The Fate of British and French Firms in China 1949-1954; Twentieth Century China; and Zhang Xueliang—The General Who Never Fought. He has also written two historical novels.