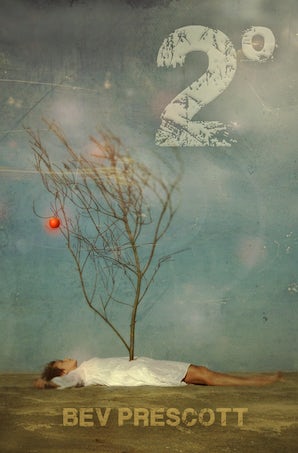 In the year 2092, climate change has transformed the face of Earth. Storms, disease, famine, thirst and war show no mercy on the living. Sharon Clausen, a self-reliant farmer, has a secret apple tree—a tree that keeps Sharon and her wife, Eve, fed. The only other people who know of her secret, or so she thinks, is Dr. Ryan, a long-time confidant, and his wife, Areva. Once a month, Sharon and Eve travel from Maine to Boston to trade apples with Dr. Ryan for Eve’s leukemia treatment. Everything suddenly changes when Eve is kidnapped and the Ryan’s are murdered. Sharon learns that her best kept secrets are known and coveted by a man known as the Strelitzia—a coldly practical villain. Sharon sets out on a harrowing journey across North America to rescue Eve. Along the way, she teams up with an Inuit refugee boy, a stray dog named Erik the Red, an eccentric former school teacher, a jujitsu master, an Argentinian opera star, and a brilliant scientist who leads an alliance of eclectic people known as the Qaunik. Together, this ragtag group battle horrific storms, an unrelenting desert, terrifying criminal gangs, feral humans, and the Strelitzia. In the end, Sharon must face her greatest challenge—risking all that she loves for something much greater than herself.

Bev Prescott's road to the place she calls home has been long and winding. Born in the mountains of the west, raised in the heartland, and educated in the south, she’s been a sergeant in the United States Air Force, a scientist, and an environmental attorney. She’s traveled to the Arctic and Antarctica, and host of places in between. But home is writing stories at the edge of a meadow in Maine, where she shares her life with a clever calico cat named Lil, a couple of honeybee colonies, and her spouse of 27 years.