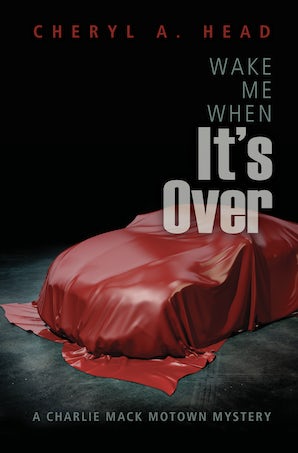 Wake Me When It's Over

By Cheryl A. Head

Born and raised in Detroit, the city that America forgot, Charlene “Charlie” Mack has built a highly-respected private investigations firm through hard work, smart choices, and relentless ambition. When Charlie and her team of investigators are asked to take on a seemingly impossible case—to identify and thwart an attack on the upcoming Detroit Auto Show—it takes a $100K incentive and the help of a dozen freelancers for Charlie and her crew to unravel a twisted plot that runs through several countries and many more bank accounts. But finding out who’s behind the intricate plot only solves half the problem. Charlie and her crew are drawn into a deadly game of cat-and-mouse as they try to locate dozens of hidden bombs before they can be detonated in an arena full of hundreds of people.

A Detroit native, Cheryl A. Head now lives on Capitol Hill in Washington, DC, where she navigated a successful career as a writer, television producer, filmmaker, broadcast executive, and media funder. Her debut novel, Long Way Home: A World War II Novel, was a 2015 Next Generation Indie Book Award finalist in both the African American Literature and Historical Fiction categories. Her novel. Bury Me When I'm Dead, Book #1 of the Charlie Mack Motown Mystery Series was a 2017 Lambda Literary Award finalist. She serves as the Director of Inclusion for the Golden Crown Literary Society, and regularly consults on a wide range of diversity issues.