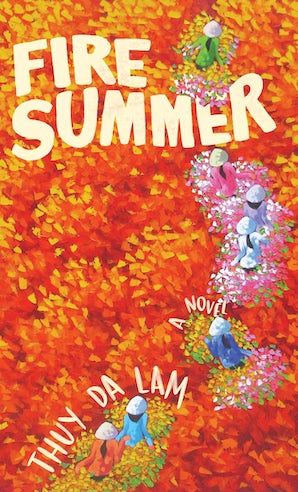 You can go home again. When twenty-three-year-old Maia Trieu, a curator’s assistant at the Museum of Folklore & Rocks in Little Saigon, Orange County, is offered a research grant to Vietnam for the summer of 1991, she cannot refuse. The grant’s sponsor has one stipulation: Maia is to contact her great-aunt to pass on plans to overthrow the current government. The expatriates did not anticipate that Maia would become involved with excursions in search of her mother or attract an entourage: an American traveler, a government agent, an Amerasian singer, and a cat. Maia carries out what she believes is her role as a filial daughter to her late father, a former ARVN soldier, by returning to their homeland to continue the fight for an independent Vietnam. Along the way, however, she meets a cast of characters—historical and fictional, living and dead—who propel her on a journey of self-discovery, through which she begins to understand what it means to love.