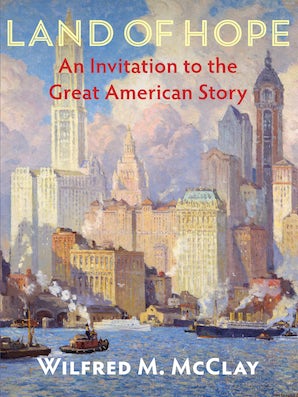 An Invitation to the Great American Story

We have a glut of text and trade books on American history. But what we don’t have is a compact, inexpensive, authoritative, and compulsively readable book that will offer to American readers a clear, informative, and inspiring narrative account of their own country. Such an account can shape and deepen their sense of the land they inhabit and, by making them understand that land’s roots, and share in its memories, will equip them for the privileges and responsibilities of citizenship in American society. It will provide them with an enduring sense of membership in one of the greatest enterprises in human history: the exciting, perilous, and consequential story of their own country.

The existing texts simply fail to tell that story with energy and conviction. They are more likely to reflect the skeptical or partial outlook of specialized professional academic historians, an outlook that leads to a fragmented and fractured view of modern American society and fails to convey to American readers the greater arc of their own history. Or they disproportionately reflect the outlook of radical critics of American society, whose one-sided accounts lack the balance of a larger perspective and have had an enormous, and largely negative, effect upon the teaching of American history in American high schools and colleges.

This state of affairs cannot continue for long without producing serious consequences. A great nation needs and deserves a great and coherent narrative, as an expression of its own self-understanding; and it needs to be able to convey that narrative to its young effectively. It perhaps goes without saying that such a narrative cannot be a fairy tale or a whitewash of the past; it will not be convincing if it is not truthful. But there is no necessary contradiction between an honest account of the American past and an inspiring one. This account seeks to provide both.

Wilfred M. McClay is the G. T. and Libby Blankenship Chair in the History of Liberty at the University of Oklahoma, and the Director of the Center for the History of Liberty. His book The Masterless: Self and Society in Modern America was awarded the Merle Curti Award of the Organization of American Historians for the best book in American intellectual history. Among his other books are A Student’s Guide to U.S. History, Religion Returns to the Public Square: Faith and Policy in America, Figures in the Carpet: Finding the Human Person in the American Past, and Why Place Matters: Geography, Identity, and Civic Life in Modern America. He was appointed in 2002 to membership on the National Council on the Humanities, the advisory board for the National Endowment for the Humanities, and served in that capacity for eleven years. He has been appointed to the U.S. Semiquincentennial Commission, which is planning events for the nation’s 250th anniversary in 2026. He has been the recipient of fellowships from the Woodrow Wilson International Center for Scholars, the National Endowment for the Humanities, and the National Academy of Education. He is a graduate of St. John’s College (Annapolis) and received his Ph.D. in History from the Johns Hopkins University.