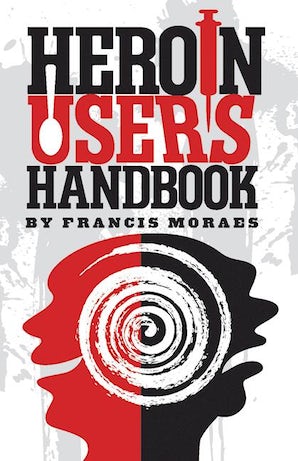 Heroin is a fascinating drug to most people. It is often referred to as the hardest drug.” By this logic, people might start with alcohol, work up to marijuana and maybe LSD. Then they reach to cocaine or methamphetamine. And finally, at the end of the journey is heroin. But like most things about heroin, this is more myth than reality.

For non-users, this mythic power is exciting. And writers for the last century have been more than willing to pander to such readers in pulp and art novels all the way up to television crime novels. But it is rare for the most people to get a real look at what is, after all, the very core of what heroin is about for its users.

Heroin User’s Handbook reveals the largely hidden world of heroin use based upon actual work with users and countless scholarly books and articles. And it does it in an extremely readable, non-technical manner  even while providing detained and accurate information.

The book discusses all aspects of heroin use: the acquisition of drugs, the administration of them, health risks, legal issues, social aspects, and addiction and detox. It provides the non-heroin world with a detailed look inside a very rarefied subculture. But it also provides the those in the heroin using world life-saving information.

Dr. Francis Moraes trained as a research physicist and chemist and attained a PhD in physics. While living in Portland, Oregon, he became interested in the heroin subculture there. Afterwards, he spent several years studying it in New York City, Seattle, and the San Francisco Bay area. Francis Moraes has been part of the harm reduction movement, particularly as it relates to heroin and other opioids. He writes from this perspective with the intent of neither demonizing nor glorifying opioids, aiming only to provide drug users and other curious readers with an objective perspective on the issue.