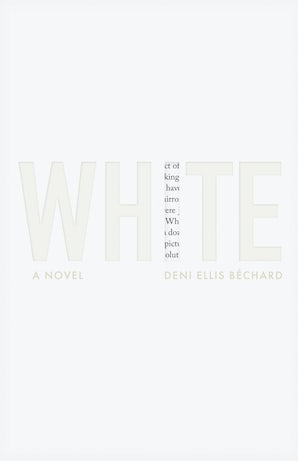 Assigned to write an exposé on Richmond Hew, one of the most elusive and corrupt figures in the conservation world, a journalist finds himself on a plane to the Congo, a country he thinks he understands. But when he meets Sola, a woman looking for a rootless white orphan girl who believes herself possessed by a skin-stealing demon, he slowly uncovers a tapestry of corruption and racial tensions generations in the making.

This harrowing search leads him into an underground network of sinners and saints—and straight to the heart of his own complicity. An anthropologist who treats orphans like test subjects. A community of charismatic Congolese preachers. Street children who share accounts of abandonment and sexual abuse. A renowned and revered conservationist who vanishes. And then there is the journalist himself, lost in his own misunderstanding of privilege and the myth of whiteness, and plagued by traumatic memories of his father. At first seemingly unrelated, these disparate elements coalesce one by one into a map of Richmond Hew’s movements.

Deni Ellis Béchard is the author of five other books: Vandal Love, winner of the 2007 Commonwealth Writers Prize; Cures for Hunger, a memoir; Of Bonobos and Men, winner of the 2015 Nautilus Book Award for investigative journalism; Into the Sun, winner of the 2017 Midwest Book Award for Literary Fiction; and Kuei, My Friend: A Conversation on Racism and Reconciliation, an epistolary book coauthored with First Nations poet Natasha Kanapé-Fontaine. His articles, fiction, and photos have been published in dozens of newspapers and magazines, including the LA Times, Salon, Reuters, the Paris Review, the Guardian, Patagonia, La Repubblica, the Walrus, Pacific Standard, Le Devoir, Vanity Fair Italia, the Herald Scotland, the Huffington Post, the Harvard Review, the National Post, and Foreign Policy. He has reported from India, Cuba, Rwanda, Colombia, Iraq, the Congo, and Afghanistan.