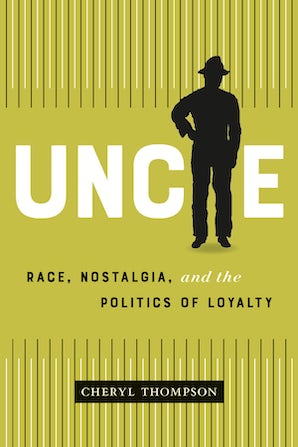 Race, Nostalgia, and the Politics of Loyalty

From martyr to insult, how “Uncle Tom” has influenced two centuries of racial politics.

Jackie Robinson, President Barack Obama, Supreme Court Justice Clarence Thomas, O.J. Simpson and Christopher Darden have all been accused of being an Uncle Tom during their careers. How, why, and with what consequences for our society did Uncle Tom morph first into a servile old man and then to a racial epithet hurled at African American men deemed, by other Black people, to have betrayed their race?

Uncle Tom, the eponymous figure in Harriet Beecher Stowe’s sentimental anti-slavery novel, Uncle Tom’s Cabin, was a loyal Christian who died a martyr’s death. But soon after the best-selling novel appeared, theatre troupes across North America and Europe transformed Stowe’s story into minstrel shows featuring white men in blackface. In Uncle, Cheryl Thompson traces Tom’s journey from literary character to racial trope. She explores how Uncle Tom came to be and exposes the relentless reworking of Uncle Tom into a nostalgic, racial metaphor with the power to shape how we see Black men, a distortion visible in everything from Uncle Ben and Rastus The Cream of Wheat chef to Shirley Temple and Bill “Bojangles” Robinson to Bill Cosby.

In Donald Trump’s post-truth America, where nostalgia is used as a political tool to rewrite history, Uncle makes the case for why understanding the production of racial stereotypes matters more than ever before.