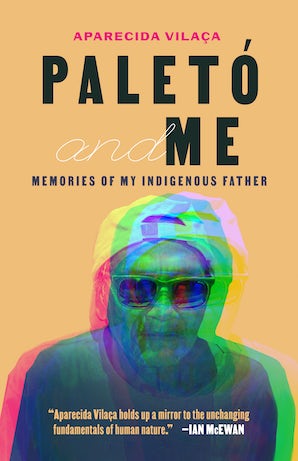 Memories of My Indigenous Father

Winner of the prestigious Casa de las Américas Prize, this work spins a heartfelt story of an improbable relationship between an anthropologist and her charismatic Indigenous father.

When Aparecida Vilaça first traveled down the remote Negro River in Amazonia, she expected to come back with notebooks and tapes full of observations about the Indigenous Wari' people—but not with a new father. In Paletó and Me, Vilaça shares her life with her adoptive Wari' family, and the profound personal transformations involved in becoming kin.

Paletó—unfailingly charming, always prepared with a joke—shines with life in Vilaça's account of their unusual father-daughter relationship. Paletó was many things: he was a survivor, who lived through the arrival of violent invaders and diseases. He was a leader, who taught through laughter and care, spoke softly, yet was always ready to jump into the unknown. He could shift seamlessly between the roles of the observer and the observed, and in his visits to Rio de Janeiro, deconstructs urban social conventions with ease and wit.

Begun the day after Paletó's death at the age of 85, Paletó and Me is a celebration of life, weaving together the author's own memories of learning the lifeways of Indigenous Amazonia with her father's testimony to Wari' persistence in the face of colonization. Speaking from the heart as both anthropologist and daughter, Vilaça offers an intimate look at Indigenous lives in Brazil over nearly a century.

Aparecida Vilaça is Professor of Social Anthropology at the National Museum, Federal University of Rio de Janeiro. She is the author of Strange Enemies: Indigenous Agency and Scenes of Encounters in Amazonia and Praying and Preying: Christianity in Indigenous Amazonia. She has come and gone among the Wari' since 1986.