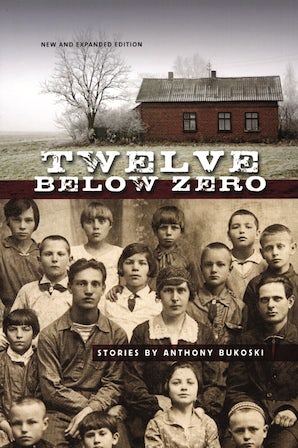 “I am delighted Anthony Bukoski’s first powerful stories have been reissued in a new, expanded edition. His sometimes fearsome, always eccentric characters are presented by a voice certain of what it has to say.”—W.P. Kinsella, author of Shoeless Joe

When these stories appeared in 1986, Pulitzer Prize–winning author Shirley Ann Grau, writing in the New Orleans Times-Picayune, called them “intriguing, just a bit off beat.” Publishers Weekly found them “appealing.” Twenty-two years later, Anthony Bukoski revisits the backwaters of northern Wisconsin and Minnesota, where those who love deeply end up being hurt. In Two Heart or Superior, Wisconsin, or in Duluth, Minnesota, the lonely find comfort difficult to come by. Having slipped below an emotional freezing point, the heartbroken in these twelve stories do anything for love. Though it might mean taking a water-well driller as a second or third lover or kissing a foul recluse, some lucky hearts find the way to survive in Bukoski’s frozen North.

Anthony Bukoski is a Polish American short story writers, essayist, critic, and university professor at the University of Wisconsin, Superior. Beginning with the publicaion of Tweleve Below Zero (1986), Bukoski has led a virtual renaissance of Polish American literature written in English by the children and grandchildren of immigrants. He has published four other collections of short stories.