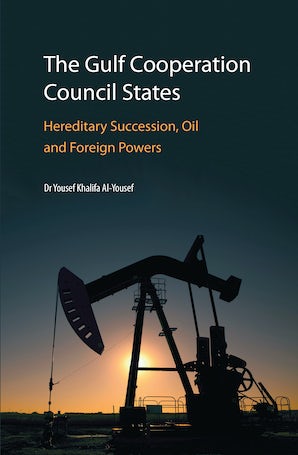 Since the oil boom of the 1970s, the Gulf Cooperation Council States have attempted to achieve economic stability and realize their development goals. Such efforts have so far been in vain, however, as the states' autocratic governments have closed off their political systems with the support of international allies, especially the United States.

In this timely and comprehensive analysis of the political economies of the GCC since the 1970s to the present, Yousef Khalifa Al-Yousef examines the factors responsible for the failure of the states to achieve lasting change in development and security. Focusing on institutional structures where oil wealth has been confined to the few, and the consequences of failed legitimacy at home that has led to dependence on foreign powers, Al-Yousef charts the consistent disparities between governance and the needs of the local population, to the detriment of genuine development.

Dr. Yousef Khalifa Al-Yousef is a political scientist specializing in international economics. He was a professor at the United Arab Emirates University between 1989 and 2007. He earned his PhD at Essex University, UK, and his MAS in Applied Economics and in Near Eastern and North African Studies from the University of Michigan, US. The author of numerous papers and books on the political economy of the GCC States, his other publications include The Political Economy of Oil: An Arab Perspective.