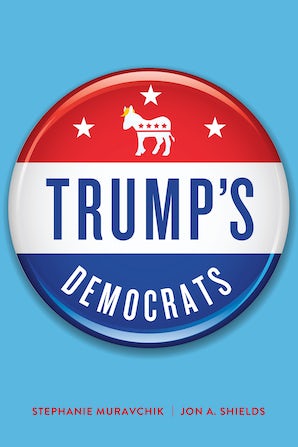 By Stephanie Muravchik and Jon A. Shields

Why did hundreds of Democratic strongholds break for Donald Trump in 2016 and stay loyal to him in 2020?

Looking for answers, Muravchik and Shields lived in three such flipped communities. There they discovered a political culture that was Trumpy long before the 45th president arrived on the national political scene.

In these places, dominated by the white working-class, some of the most beloved and longest-serving Democratic leaders are themselves Trumpiangrandiose, combative, thin-skinned, and nepotistic. Indifferent to ideology, they promise to take care of their people by cutting dealsand corners if needed. Stressing loyalty, they often turn to family to fill critical political roles. Trump, resembling these old-style Democratic bosses, strikes a familiar and appealing figure in these communities.

Although voters in flipped communities have often been portrayed as white supremacists, Muravchik and Shields find that their primary political allegiances are to placenot race. They will spend an extra dollar to patronize local businesses, and they think local jobs should go to their neighbors, not foreigners from neighboring countieswho are just as likely to be white and native-born. Unlike the Proud Boys, they take more pride in their local communities than in their skin color. Trump successfully courted these Democrats by promising to revitalize their struggling hometowns.

Because these communities largely stuck with Trump in 2020, Biden won the presidency by just the thinnest of margins. Whether they will continue to support a Republican Party without Trumpor swing back to the Democratsdepends in part on which party can satisfy these locally grown political tastes and values. The party that does that will enjoy a stranglehold in national elections for years to come.

Stephanie Muravchik is a historian and an associate fellow at the Institute for Advanced Studies in Culture at the University of Virginia. She is the author of American Protestantism in the Age of Psychology.

Jon A. Shields is associate professor of government at Claremont McKenna College. He is the author of Passing on the Right: Conservative Professors in the Progressive University and The Democratic Virtues of the Christian Right.