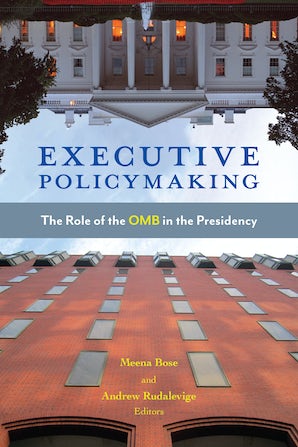 The Role of the OMB in the Presidency

The Office of Management and Budget (OMB) is one of the federal government’s most important and powerful agenciesbut it’s also one of the least-known among the general public. This book describes why the office is so important and why both scholars and citizens should know more about what it does.

The predecessor to the modern OMB was founded in 1921, as the Bureau of the Budget within the Treasury Department. President Franklin D. Roosevelt moved it in 1939 into the Executive Office of the President, where it’s been ever since. The office received its current name in 1970, during the Nixon administration.

For most people who know about it, the OMB’s only apparent job is to supervise preparation of the president’s annual budget request to Congress. That job, in itself, gives the office tremendous influence within the executive branch. But OMB has other responsibilities that give it a central role in how the federal government functions on a daily basis. OMB reviews all of the administration’s legislative proposals and the president’s executive orders. It oversees the development and implementation of nearly all government management initiatives. The office also analyses the costs and benefits of major government regulations, this giving it great sway over government actions that affect nearly every person and business in America.

One question facing voters in the 2020 elections will be how well the executive branch has carried out the president’s promises; a major aspect of that question centers around the wider work of the OMB. This book will help members of the public, as well as scholars and other experts, answer that question.

Meena Bose is Executive Dean for Public Policy and Public Service Programs in the Peter S. Kalikow School of Government, Public Policy and International Affairs, and Director of the Peter S. Kalikow Center for the Study of the American Presidency, at Hofstra University. Dr. Bose taught for six years at the United States Military Academy at West Point, where she also served as Director of American Politics.

Andrew Rudalevige is Thomas Brackett Reed Professor of Government and chair of the Department of Government and Legal Studies at Bowdoin College. He is author or editor of numerous books on the presidency and the executive branch, including Managing the President’s Program, The New Imperial Presidency, and The Obama Legacy.