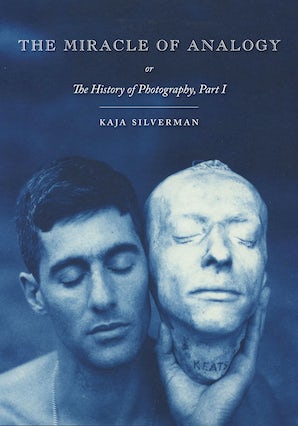 The Miracle of Analogy

or The History of Photography, Part 1

The Miracle of Analogy is the first of a two-volume reconceptualization of photography. It argues that photography originates in what is seen, rather than in the human eye or the camera lens, and that it is the world's primary way of revealing itself to us. Neither an index, representation, nor copy, as conventional studies would have it, the photographic image is an analogy. This principle obtains at every level of its being: a photograph analogizes its referent, the negative from which it is generated, every other print that is struck from that negative, and all of its digital "offspring."

Photography is also unstoppably developmental, both at the level of the individual image and of medium. The photograph moves through time, in search of other "kin," some of which may be visual, but others of which may be literary, architectural, philosophical, or literary. Finally, photography develops with us, and in response to us. It assumes historically legible forms, but when we divest them of their saving power, as we always seem to do, it goes elsewhere.

The present volume focuses on the nineteenth century and some of its contemporary progeny. It begins with the camera obscura, which morphed into chemical photography and lives on in digital form, and ends with Walter Benjamin. Key figures discussed along the way include Nicéphore Niépce, Louis Daguerre, William Fox-Talbot, Jeff Wall, and Joan Fontcuberta.

Kaja Silverman is Keith L. and Katherine Sachs Professor of Contemporary Art at the University of Pennsylvania. She is the author, most recently, of Flesh of My Flesh (SUP, 2009).