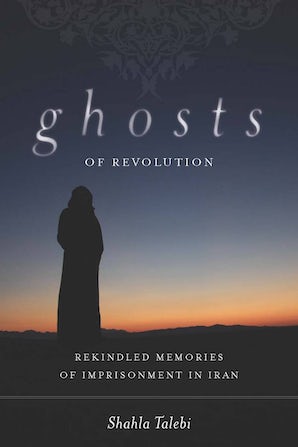 Rekindled Memories of Imprisonment in Iran

"Opening the enormous metal gate, the guard suddenly took away my blindfold and asked me, tauntingly, if I would recognize my parents. With my eyes hurting from the strange light and anger in my voice, I assured him that I would. Suddenly I was pushed through the gate and the door was slammed behind me. After more than eight years, here I was, finally, out of jail . . . ." In this haunting account, Shahla Talebi remembers her years as a political prisoner in Iran. Talebi, along with her husband, was imprisoned for nearly a decade and tortured, first under the Shah and later by the Islamic Republic. Writing about her own suffering and survival and sharing the stories of her fellow inmates, she details the painful reality of prison life and offers an intimate look at a critical period of social and political transformation in Iran. Somehow through it all—through resistance and resolute hope, passion and creativity—Talebi shows how one survives. Reflecting now on experiences past, she stays true to her memories, honoring the love of her husband and friends lost in these events, to relate how people can hold to moments of love, resilience, and friendship over the dark forces of torture, violence, and hatred. At once deeply personal yet clearly political, part memoir and part meditation, this work brings to heartbreaking clarity how deeply rooted torture and violence can be in our society. More than a passing judgment of guilt on a monolithic "Islamic State," Talebi's writing asks us to reconsider our own responses to both contemporary debates of interrogation techniques and government responsibility and, more simply, to basic acts of cruelty in daily life. She offers a lasting call to us all. "The art of living in prison becomes possible through imagining life in the very presence of death and observing death in the very existence of life. It is living life so vitally and so fully that you are willing, if necessary, to let that very life go, as one would shed chains on the legs. It is embracing, and flying on the wings of death as though it is the bird of freedom."

Shahla Talebi was imprisoned in Iran from 1977 to 1978 and again from 1983 to 1992, first by the former Shah and later by the Islamic Republic, for her political beliefs and activities. She now lives in the United States and is Assistant Professor of Religious Studies at Arizona State University.