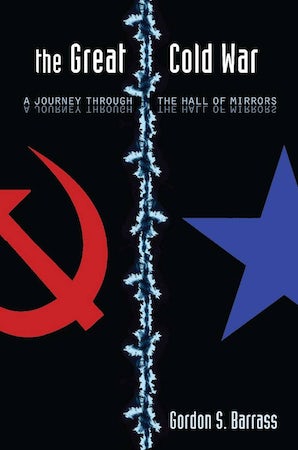 A Journey Through the Hall of Mirrors

The Great Cold War is arguably the most fascinating account yet written about the Cold War—and a timely enunciation of the lessons we need to learn from the Cold War years if we are to be successful in tackling the potential confrontations of the 21st century. This is a riveting expose of modern history for the general reader, a "must read" for policy-makers, and an eye-opening overview for scholars and students.

No other book conveys so vividly how each side interpreted the other's intentions, and what shaped their actions. In a richly informed and perceptive "insider's account", former British diplomat Gordon Barrass shows that while there were times when each side did understand the other's intentions, there were also times when they were wildly wrong—leading to the chilling revelation that the situation was far more serious than most people knew at the time—or imagine now.

In looking back over that half-century of confrontation, Barrass poses three big questions: Why did the Cold War start? Why did it last so long? And why did it end the way it did? To answer them, he traveled to Washington, Paris, Brussels, Berlin, Warsaw, and Moscow to interview nearly 100 people, including top policymakers, strategists, military commanders, and key figures in the world of intelligence. Their narratives reveal what was going on behind the scenes, providing valuable insights into the mixture of insecurity, ignorance, and ambition that drove the rivalry between the two sides.

Barrass concludes that bringing the Cold War to a peaceful end was a far greater challenge than just "being tough with the Soviets." In the end it depended on the Americans' "getting inside the mind" of the Soviets to gain the leverage needed to achieve their goal—and intelligence played a key role in that process.